FreelanceStation 1.36 is now available for download on the main site and on the Mac App Store.

This update ensures compatibility with macOS Ventura, fixes several issues and adds a new feature to simplify project creation for those projects that always start with the same tasks: task templates.

This release also switches versioning to major.minor, an old versioning scheme that doesn’t put an emphasis in micro versions for bug fixes only. The reasoning behind this change is that I can release new builds with both bug fixes and other improvements, and include new features without thinking this fix should go on this version and that feature should go in another version. I kept the major version 1, because I’m not introducing huge changes, and I set the minor version to the number of previous releases plus one.

Task templates are a way to save time if you work with multiple projects that have the same task structure. By creating a task template group with preconfigured tasks, in your next project you just need to select the task template to automatically fill the task list with those from the template.

To access them, open the New Project editor and go to Tasks tab:

Click on Select a template and then on Edit tasks templates… . The following window should open: 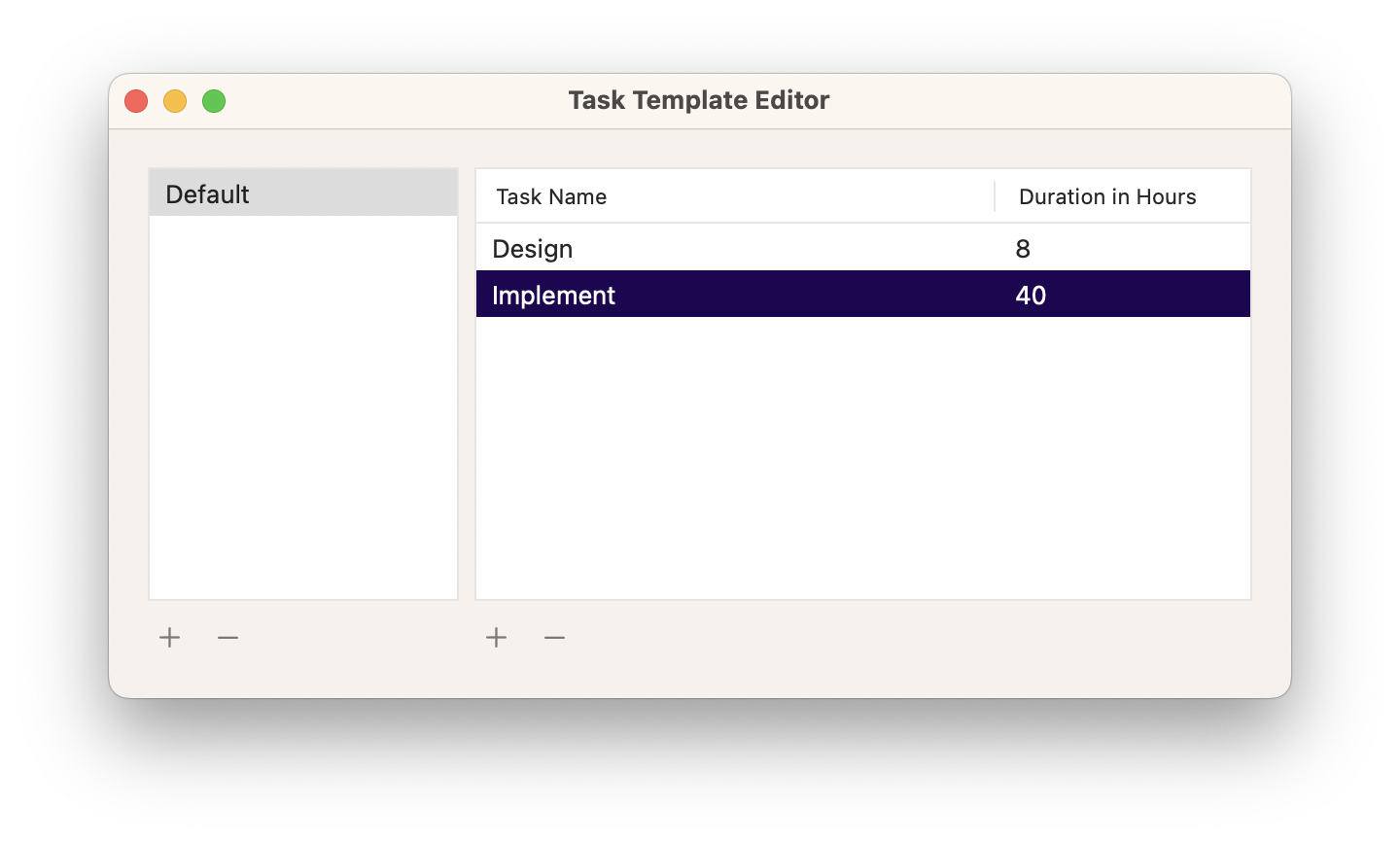 You can download FreelanceStation for a free trial, or purchase a license.